in Things To Do

A Passionate Love Affair - 50 Years in the Making 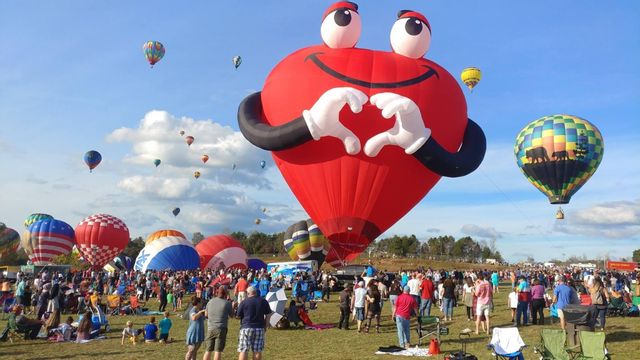 When man first took to the skies, it was in a hot air balloon in 1783. Benjamin Franklin was witness to an incredible historic event when the Montgolfier Brothers’ paper and linen balloon launched from downtown Paris. However, flying by heating the air inside a big bag was short-lived. Within a year of that first manned flight, the lifting gas hydrogen was discovered, and flying with air-tight, gas-filled balloons quickly replaced flying in the heated kind. So you’ll know, the Fourth Creek Congregation, known as Statesville, was just six years old that year and home to less than 100 people.

Fast forward to 1961. Hot air ballooning was reborn as a modern means of fight when the technology of ignited propane gas from pressurized tanks could safely heat the air captured in huge nylon bags. Aeronauts quickly began to experiment with this new technique of hot air ballooning. In the 1960s, the four founding fathers of modern hot-air-ballooning in the US were Ed Yost, Don Piccard, Mark Semich, and Tracy Barnes. Luckily for us, Tracy landed here.
Between 1961 and 1967, Tracy had built 12 balloons, set several world altitude records, and flown hot air balloons coast-to-coast across the US. In 1967, after all those adventures, Tracy moved to Charlotte, and from there it was an easy jump to Iredell County. He believed the landscape at the foot of the Brushy Mountains was ideal for flying and craftsmen from the textile and furniture industries would fit into his balloon building plan perfectly. And they did!

From Love Valley, NC to the Smithsonian

As Tracy continued designing and test flying his newly FAA certified hot air balloons at Love Valley’s Rhyne Aerodrome, the mystique surrounding his modern flying machines captured the imagination of the farmers and families all around his shop—suitably housed in several refurbished chicken houses. It was common to see balloons aloft morning and afternoon.
Tracy’s vision was to build a balloon that was affordable enough for most anyone to buy one; safe so that anyone would be comfortable taking a ride in one; and elegantly simple. It must have been affordable because by the mid-1980s his manufacturing company became the largest balloon building operation in the US. It certainly was safe because people have enjoyed flying through the air for decades now, and his unique design was so beautiful and simple that in 1975, a hand-crafted Barnes’ balloon was displayed as part of the Smithsonian’s American Crafts exhibit. 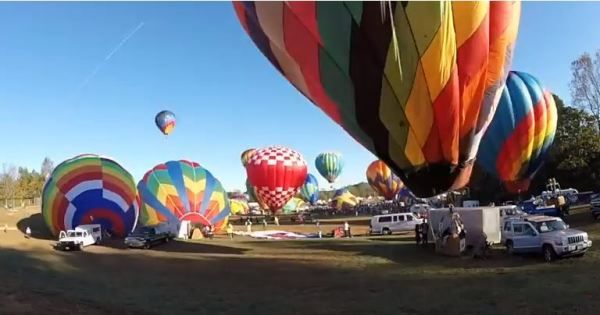 So, Barnes Balloons moved to town, became Firefly Balloons, and here in Statesville the rest is an amazing aviation history we can be proud of. In 1974, The National Balloon Rally, born out of Tracy’s sales director Bill Meadows’ desire to bring his customers, along with their new balloons, back to Statesville for a week of camping out and fun flying. Our balloon rally became so popular with balloonists nationwide that it has affectionately been known as “The Statesville Rally” for many years. Since its beginning, Statesville has hosted hundreds of pilots, including international ballooning champions, welcomed tens of thousands of dazzled visitors, and, as part of its mission, donated well over half-a-million dollars to nonprofit organizations.
Statesville has also become a Mecca for balloonists. Well over a dozen pilots now live around here and fly here year ‘round. Over the years, many more have flown here and taken their sport to other lucky towns. Our passion for balloons has created hundreds of balloon enthusiasts and experienced balloon crew. Indeed, Statesville is central North Carolina’s high-flying destination—truly a treasured rare find. In fact, when you take your first, or next, balloon flight, you’ll join an exclusive club of fun-loving people around the world who can say, “I really love flying in a hot air balloon!” 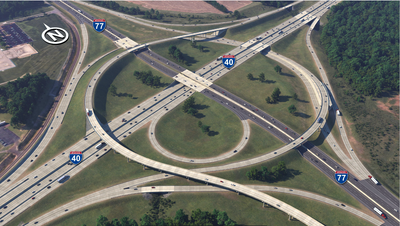 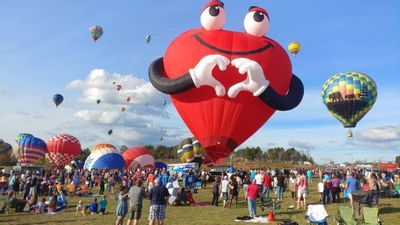 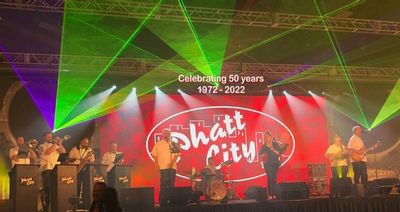